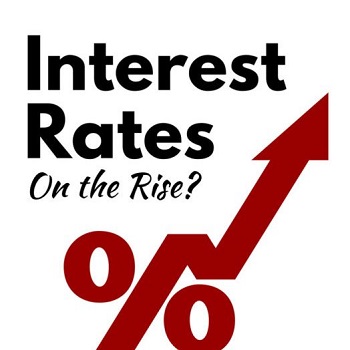 According to Realtor Magazine, “The Federal Reserve voted on Wednesday to keep its benchmark interest rate near zero and historic lows as the economy continues to recover from the COVID-19 pandemic.” The Fed vows to keep benchmark rate low and further indicates that they won’t likely raise interest rates until 2023—at the earliest.

Bloomberg reports, “In its quarterly review of monetary policy that covers 90% of the world economy, no major western central bank looks to hike interest rates this year.”

One move that could help push mortgage rates lower: The Federal Reserve has been increasing its purchases of mortgage-backed securities to add liquidity into the market since the pandemic. “Reaffirming its commitment to ongoing asset purchases while acknowledging that a tapering is on the horizon at some point—likely pretty far off—should help slow the rise of mortgage rates,” Danielle Hale, chief economist of realtor.com®, told MarketWatch.

The Mortgage Bankers Association predicts mortgage applications to stay high even as rates tick above the 3% mark. “While mortgage rates are likely to move somewhat higher, the purchase market remains on track for a record year,” Mike Fratantoni, MBA’s chief economist, told MarketWatch.

There is a caveat in this bullish outlook. On Wednesday, the Federal Reserve sharply ramped up its expectations for economic growth. Still, it indicated no interest rate hikes are likely through 2023 despite an improving outlook and a turn this year to higher inflation.

Higher inflation is a significant worry. The Fed is in a box. Ifbillion inflation starts to roar and comes in above 3%, the traditional medicine is to raise interest rates to cool things down. With debt now over $28 trillion and heading for $35 trillion, raising interest rates would end the stock market boom and bankrupt many businesses.

Here is CNN on April 16: “The stock market is soaring, and bond yields have pulled back after a big spike earlier this year. But make no mistake: Investors still have plenty to fret about when it comes to the threat of inflation.

The US economy is rebounding thanks to stimulus and Covid-19 vaccines. Retail sales went through the roof in March; the housing market roared back to life, and the number of people filing for unemployment claims plunged last week. And all of that follows the blockbuster March jobs report.

This growth will likely lead to inflation — and higher interest rates. The only question is when.”

the “Cashflow Chick,” Founder of The Tryllion Group, Investor/Entrepreneur having done $150 Million+ in real estate transactions; Specializing in Non-Performing Notes. She has been a regularly featured guest on “The Cashflow Guys” podcast, and you can also find her on many other Real Estate and Entrepreneurial podcasts, and in the Wall Street Journal as well.  She also speaks at various Real Estate Investing clubs and conferences across the country. Paige teaches the “Building Wealth with Notes” Workshop that drills down into the details of how to successfully buy Non-Performing Notes, create passive income, and mitigate risk. www.CashflowChick.com/training