Home Improvement Is on the Rise

Home Improvement Is on the Rise 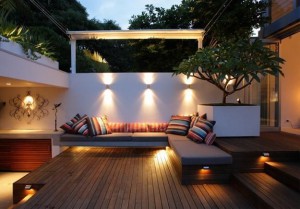 Home improvement is on the rise and the home improvement industry could easily post record-level spending in 2015, according to the report (Joint Center for Housing Studies of Harvard University). Homebuilding, on the other hand, is many years away from a full recovery.

According to a new report out Tuesday from real estate website Trulia, a household earning the median income of $54,000 can afford just 22% of homes in L.A. County on 31% of their income or less. Only in San Francisco, at 15%, can fewer middle-class families afford to buy. Six of the seven least-affordable markets in the nation are in California, including San Diego (25%), Orange County (26%) and Ventura County (33%).

Some families are remodeling for several reasons. They like their neighborhood. They might find that compared to remodeling, selling and moving to another house is expensive. It might be cheaper to remodel and keep the existing house.

Marine Cole, at The Fiscal Times, suggests several things homeowners can do to upgrade their house and increase the value of their house in case they do decide to sell.

The WSJ also points out that remodeling is good for employment, saying that every $100,000 spent add almost one full time job over the course of a year. Americans will spend $155 to $160 billion on remodeling in 2014 and possibly more in 2015. That’s a lot of jobs!

Maybe, you have thought of moving, but are worried that you will have all these costly repairs before you can sell. Coal to Cash Homebuyers, Inc. is here to help. We can purchase your house “as-is.”  There are no fees, up-front costs, commissions, or anything else.  Just the simple honest truth about your home and how we can help you sell it fast to resolve any situation.

Coal to Cash Homebuyers, Inc. not the “traditional” route, but we CAN help and we can do it quickly.