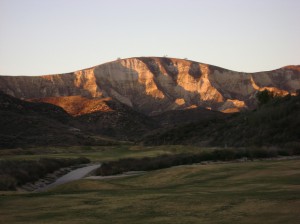 Lack of affordable housing in Ventura County?  What is going on here? A recent article in Simi Valley Acorn said, “Because the economy has improved and prices are rising, residents once again find it difficult to buy homes in the area. Those who can’t buy, rent, but repeated studies have shown that even rents are now beyond the reach of the average wage earner.”

A recent report from the national Low Income Housing Coalition found that it takes an hourly wage of $29, or about $60,000 a year, to afford the average two-bedroom apartment in Ventura County.

Politicians bemoan the fact that there is little in the way of affordable housing, yet the same article cites “barriers to entry” as a major reason for high rents.

“All builders face “barriers to entry” when they pursue a project. Among their biggest obstacles when building housing units in the Simi and Conejo valleys are the high development fees and other demands on construction imposed by city governments. Throughout the East County, our city leaders preach the value of keeping communities economically viable. Yet their development restrictions are often so onerous that builders must charge excessively high rents in order to gain a return on investment. This also applies to commercial real estate.”

High rental rates usually cause families to buy rather than rent. Traditionally, buying a home is cheaper than renting. Studies show that families who own their homes pay just 22.1 percent of their income toward housing. The high rental rates bring on new supply of apartments until too many are built and the oversupply causes rents to shrink. When rates get low enough families find it cheaper to rent rather than buy.

Across the country, not just in Ventura County, rents have been rising. Nationwide, demand for rental housing by people between the ages of 25 and 34 has driven up rents to the point that in 2012 renters devoted an average of 32.9 percent of their income toward housing. The cost of rental housing is up 3.4% over five years. This should be a time of rising home ownership, yet, the homeownership rate in 2014 has fallen to 64.8 percent; it’s lowest in 19 years, according to U.S. Census statistics.

In the second part to this story, we will examine the reasons for buying vs. renting.

Coal to Cash Homebuyers, Inc. is part of a nationwide group of thousands of investors who are helping tens of thousands of homeowners every year.  We may not be the “traditional” route, but we CAN help and we can do it quickly!