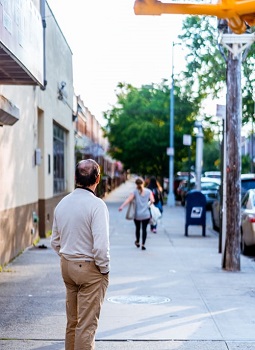 The Hollywood Reporter said that “Oscar nominee “Marriage Story” strikes a nerve among brokers and family lawyers, who reveal how separating spouses navigate property dilemmas in the divorce industry worth $50 billion nationwide.”

“The divorce industry nationally is worth $50 billion each year, according to estimates, and a sizable chunk of that figure is tied to real estate. And while the divorce rate in the U.S. has dropped over the past decade, there is scant evidence that it has slowed within the entertainment industry (the divorce rate among star actors has traditionally been almost twice the national average), which has allowed for a divorce-related cottage industry to flourish.”

January is reportedly the most popular time of year to file for divorce. January, lawyers tell us, is divorce month. Sure, the holidays are hectic, and relationship issues can come into sharper focus when stressed-out couples spend more time together but is January’s bad rap really deserved?

Why January is Divorce Month.

Some say that couples have reached a decision to divorce before the holidays, but they wanted to give the children one last happy holiday.

They wanted to enjoy family and friends one last time before filing for divorce.

Some divorce from the stress of the holiday shopping, and getting together with relatives, and the constant being together as a couple. If there were problems before, the holidays could be a constant irritant.

Some see the year-end as a time of reflection and resolutions. “Unhappy spouses assess their situation and say to themselves, ‘I just can’t take another year like this.”

And that leads to the primary reason to sell the home. Many couples, once they have decided to divorce, want to sell the house fast and start a new life.

Many people, when confronted with the prospect of divorce, want to know how assets will be divided. How will they maintain their standard of living? Who gets the house? How can we sell the house fast?

If there is child custody involved, I suspect the courts put more emphasis on keeping a parent and children in the house when it comes to settlement.

All the experts agree that it’s generally better for one person to move out during divorce proceedings and avoid “nesting,” which is when a couple with children remains for a period of time under the same roof. “It’s more complicated. It often ends in problems,” says attorney Kristina Royce, a partner at Blank Rome. While historically, husbands have moved out, in recent years, a growing number of women find new addresses.

When it comes to children involved in the divorce, the main principle is to recognize the duty of both parents to contribute to the support of their children in proportion to their respective net incomes.

Download FREE information on How to sell your house fast

are owned by Paige Panzarello. She has been in Real Estate as a Landlord, Builder, and Investor since 1996.

We buy as-is. An investor will estimate the repairs needed to restore your property, arrive at an offer, and will purchase the property as-is.

When we buy houses fast, there are no fees!  We don’t charge you a real estate commission, and we may take care of any other nagging financial problems such as back taxes, code violations, or past due water and sewer bills.

Photo by jurien huggins on Unsplash