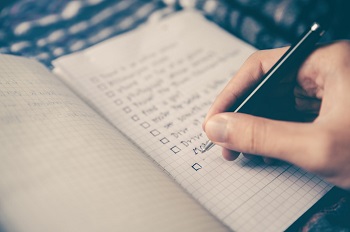 According to The Housing Wire, there are 1.7 million homeowners remaining in U.S. forbearance.  ATTOM, parent company to RealtyTrac (www.realtytrac.com), released its July 2021 U.S. Foreclosure Market Report, which shows there were a total of 12,483 U.S. properties with foreclosure filings — default notices, scheduled auctions, or bank repossessions — down 4 percent from a month ago but up 40 percent from a year ago. These numbers reflect the last month before lifting the government moratorium on foreclosures.

“The end of the government’s moratorium won’t result in millions of foreclosures, but we’re likely to see a steady increase in default activity for the balance of the year,” said Rick Sharga, executive vice president of RealtyTrac, an ATTOM company. “Much of the foreclosure volume will come from the reinstatement of foreclosure proceedings on properties that had already been in default before the pandemic, and new foreclosure activity on vacant and abandoned properties.”

The Housing Wire reported, “Of the 1.7 million homeowners remaining in forbearance, 13% are current on their payments as of August 1, and of those who exited forbearance last week, more than 10.5% were current,” noted Mike Fratantoni, MBA senior vice president and chief economist. “Forbearance has surely provided both insurance and assurance for many of these homeowners who worried about ongoing hardships, and it is positive to see so many continue to be able to make their payments while in forbearance.”

Fratanoni added that delinquency rates have increased slightly for borrowers who have exited forbearance and began repayment plans.

According to Yahoo Finance, The most significant wave of forbearance exits should come in September and October of 2021, and Zillow projects that forbearance exits will lead to an additional 0.40 months of housing supply in August – October of 2021, a 15% increase relative to 2.6 months of supply in June. For context, this additional 0.40 months of supply roughly means an extra 211,700 homes for sale, which would represent 13.1% of all predicted sales over the next three months.

Unlike 2008, financial conditions and a souring housing market pushed many homeowners into involuntary foreclosure.  This time,  strong equity growth and a robust seller’s market are likely to ensure that even distressed homeowners have more options.

If we get another lockdown because of the Covid variants, the economy will slow, and recovery from forbearance would suffer.

Paige Panzarello, the “Cashflow Chick,” Founder of The Tryllion Group, Investor/Entrepreneur having done $150 Million+ in real estate transactions; Specializing in Non-Performing Notes. She has been a regularly featured guest on “The Cashflow Guys” podcast, and you can also find her on many other Real Estate and Entrepreneurial podcasts and in the Wall Street Journal as well.  She also speaks at various Real Estate Investing clubs and conferences across the country. Paige teaches the “Building Wealth with Notes” Workshop that drills down into the details of how to successfully buy Non-Performing Notes, create passive income, and mitigate risk. www.CashflowChick.com/training

Photo by Glenn Carstens-Peters on Unsplash