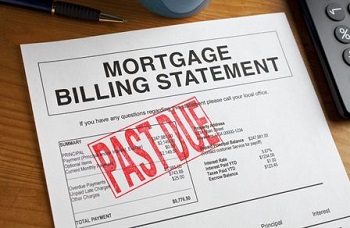 When Does the Foreclosure Moratorium End? After the Supreme Court struck the national eviction ban down last week and is no longer in effect, it leaves, according to CNBC, “…more than 11 million Americans still behind on their rent at risk of being forced out of their homes.” The NY Press News adds, “However, at least four states and Washington, D.C., will continue to ban evictions: Illinois will do so until Sept. 19; California’s ban will last through Sept. 30, and New Jersey and D.C. will still curb the proceedings until January 2022. New Mexico also has an eviction moratorium with no end date announced.”

For homeowners with mortgages backed by government-sponsored enterprises like, Fannie Mae or Freddie Mac, the Federal Housing Finance Agency, the foreclosure moratorium runs through the end of the year. That means lenders that hold the loans cannot begin the foreclosure process before then.

However, lenders are now free to take back vacant properties in foreclosure from delinquent homeowners.

How much, how fast, and where that happens will depend on how different banks approach the end of forbearance. Some lenders may decide to vigorously pursue foreclosures to recoup losses from the pandemic, while others will give homeowners more time to get back on their feet. However. it’s hard to imagine that zombie foreclosures will continue to be so few and far between across the national landscape.

A zombie foreclosure refers to a situation where a homeowner vacates their property after receiving a notice of default, expecting they will lose the home in the pending foreclosure. the house is essentially dead, growing more decayed and decrepit over time

So why is it called a zombie foreclosure? Like its namesake, but its mere presence can continue to cause harm to its former owners and the community around it.

Often, zombie foreclosures occur in low-income areas where the bank is not anxious to assume responsibility for the upkeep of the property and wants to save on taxes, as well as other costs. If squatters occupy the property or it falls into severe disrepair, the bank may simply wash its hands of the property.

Forbearance Ends for Many

Forbearance has been a godsend for many, but now, for example, one homeowner owes over $20,000 on her home, and her forbearance ends next month since the federal ban on foreclosures expired Saturday. This owner is one of about 1.8 million homeowners still in forbearance as the safety net ends. About a fifth of them will not be able to extend their forbearance past September. And among all homeowners, 1.5 million are 90 days or more behind on their mortgage payments but not in foreclosure.

Here’s how Rick Sharga, executive vice president of foreclosure platform RealtyTrac, put it: “The end of the government’s moratorium won’t result in millions of foreclosures, but we’re likely to see a steady increase in default activity for the balance of the year. Much of the foreclosure volume will come from the reinstatement of foreclosure proceedings on properties that had already been in default before the pandemic and new foreclosure activity on vacant and abandoned properties.”

Paige Panzarello, the “Cashflow Chick,” Founder of The Tryllion Group, Investor/Entrepreneur having done $150 Million+ in real estate transactions; Specializing in Non-Performing Notes. She has been a regularly featured guest on “The Cashflow Guys” podcast, and you can also find her on many other Real Estate and Entrepreneurial podcasts and in the Wall Street Journal as well.  She also speaks at various Real Estate Investing clubs and conferences across the country. Paige teaches the “Building Wealth with Notes” Workshop that drills down into the details of how to successfully buy Non-Performing Notes, create passive income, and mitigate risk. www.CashflowChick.com/training