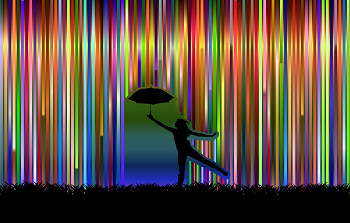 According to Wolf Richter for WOLF STREET, “Everything is on ice. But when forbearance ends, forced sellers or lenders will put millions of these homes on the

Since last spring, a historic delinquency problem has been fermenting largely on ice and on hold by forbearance programs. “The Federal Housing Administration (FHA), which insures nearly 8 million high-risk mortgages, reported that the delinquency rate of its mortgages rose to 17.5% in February, up from 17.0% in January, matching the all-time records of September and November last year,” according to the AEI’s Housing Center.

“Low down payments, low closing costs, and easy credit qualifying,” the FHA promises. So FHA mortgages always have high delinquency rates, even during the good times, when they were already rising. But during the Pandemic, delinquencies ballooned, and they’re not improving in any way despite the improving economy.

Despite the increasing delinquency rate, there is another phenomenon taking place that is worrying. The prices of houses are increasing rapidly. There is something called FOMO, fear of missing out. FOMO: defined as a fear of regret, which may lead to concerns that one might miss an opportunity for a profitable investment. There are many stories of buyers making offers on many houses and getting outbid. It is not uncommon to give in and buy more than you can reasonably afford.

Paying top dollar to commit yourself to a house that is not the one you want to live in to access a cheap mortgage is probably not a good idea.”

FOMO has led to many areas of the country over-leveraged, meaning debt is unsustainable. Over-leverage often leads to a downward financial spiral. Resulting in the household having to borrow more to stay solvent, and the problem gets worse. This spiral usually ends in default and foreclosure. Bankruptcy protection is often the result.”

Not the Best of Times

We may look back on these times as not the best of times. The national debt is $28 trillion, soon to be $35 trillion. I remember Sen. Everett Dirksen, long ago, saying, “A billion here and a billion there. Soon you are talking real money.” A bill passed in Congress totaled $1.9 trillion, and a $3 trillion bill is on deck. Every time we print more money for the debt and new programs, we cheapen the dollar. That is inflationary. It seems like prices are going up, but the dollar buys less and less.

If you are out on the end of the branch where even birdies won’t go, you are overleveraged. The slightest change in employment or cost of food and essentials can ruin the budget you used to buy the house leading to buyer’s remorse.

It is hard to wait for better times, but I suspect many homeowners of recently purchased houses will wish they had not been in such a hurry.

the “Cashflow Chick,” Founder of The Tryllion Group, Investor/Entrepreneur having done $150 Million+ in real estate transactions; Specializing in Non-Performing Notes. She has been a regularly featured guest on “The Cashflow Guys” podcast, and you can also find her on many other Real Estate and Entrepreneurial podcasts, and in the Wall Street Journal as well.  She also speaks at various Real Estate Investing clubs and conferences across the country. Paige teaches the “Building Wealth with Notes” Workshop that drills down into the details of how to successfully buy Non-Performing Notes, create passive income, and mitigate risk. www.CashflowChick.com/training

Image by Gordon Johnson from Pixabay